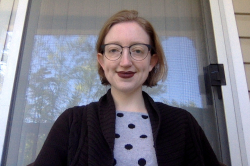 Melanie Griffin
Melanie Griffin is a freelance writer who works in a library. She has experience in a variety of niches. Some of her favorites are music gear, 3D printing, and crafts. Her experience as a librarian aids in her research ability. With our experienced team of musicians, she can find the best products for your needs!

The clarinet and the oboe each have their own unique history, construction, and playing techniques. These two instruments may seem to have a lot in common, but they actually grew and blossomed as two distinct branches of the woodwind family tree.

The Main Differences Between Oboe and Clarinet

Although the oboe and clarinet seem almost identical at first glance, there are a number of major differences that distinguish each instrument’s sound, operation, and place in musical ensembles.

The main differences between oboes and clarinets are:

Question: Are the oboe and clarinet closely related?

Answer: The oboe and the clarinet are both wind instruments that require players to blow across reeds to create sound, putting them both in the woodwinds section. They are both similarly (although not identically) shaped and come from reed pipe ancestors. However, clarinets branch off towards the single reeds, such as saxophones, and oboes go with their fellow double reeds, such as bassoons.

Question: If you can play one, can you play the other?

Answer: Not automatically. These two instruments each have their own unique skills and techniques, so mastering one does not mean you can jump over to the other with no adjustment. However, learning the clarinet is sometimes advised as a beginning point for those who eventually want to learn how to play the oboe. It’s a simpler way of learning general reed-based woodwind playing — but it’s also not the exact equivalent of playing the oboe, so switching takes some re-learning of certain techniques.

Question: What types of music feature the clarinet, oboe, or both?

Answer: The clarinet and oboe have very similar note ranges, and they are both heavily featured in woodwind section music in orchestral environments. Because of its sharper, more unique sound, oboe music may feature more solo spotlights. This is especially true of Classical-era music, which saw a flourish in oboe composition, a lot of it from Bach.
Clarinets show up a lot in jazz music because of their smoother sound. Many jazz clarinet players take off on an improvised solo, then blend seamlessly back into the group for the rest of the song.
Since they are tuned in the same range, clarinets and oboes can share sheet music, although they usually have different parts that showcase each instrument’s individual strengths.

If you are trying to decide which of these two instruments to learn, we recommend starting with the clarinet. Its single-reed makes for simpler embouchure control and overall reed care, so if you’re new to these instruments, it’s a faster start and a more shallow learning curve than the oboe.

It can be very difficult to get a sound out of an oboe if you come into it with no experience playing a reed instrument, and that can discourage your practice before you can start playing actual music!

(For this reason, many school bands begin players on the clarinet and migrate them to the oboe after they’ve mastered a certain level of basic reed skill. Clarinets are also used in marching bands, while oboes are not, so you may be using one in the non-orchestral part of the year if your ensemble switches over.)

Our favorite basic clarinet model is the Jean Paul USA CL-300 Student Clarinet. It’s an accessible price (around $199.99) without compromising on quality, and you can find it here on Amazon. 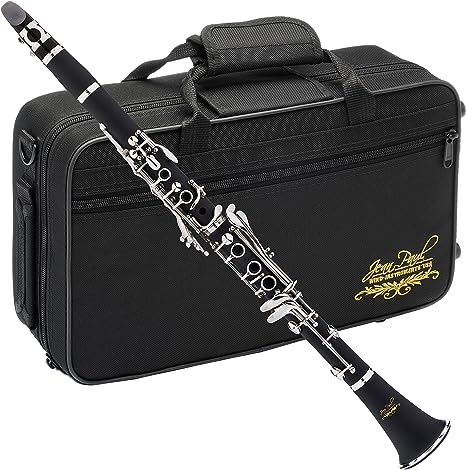 Buy at Amazon
We earn a commission if you make a purchase, at no additional cost to you.