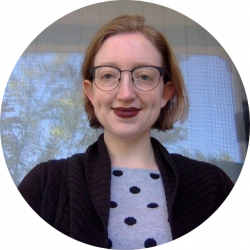 Melanie Griffin
Melanie Griffin is a freelance writer who works in a library. She has experience in a variety of niches. Some of her favorites are music gear, 3D printing, and crafts. Her experience as a librarian aids in her research ability. With our experienced team of musicians, she can find the best products for your needs!

Sousaphone vs tuba are illustrious instruments that overlap while each retaining their distinct contributions to the lower brass family. At first glance, they seem interchangeable, so we’re here to dig into the details of how they blend and how they both stand out.

History of Tubas vs Sousaphones

The history of tubas and sousaphones directly tie into each other as the needs of players and composers evolved.  The first patent for what would become the modern tuba was filed in 1835 by Johann Mortiz.

He and fellow German musician Wilhelm Wieprecht invented the instrument when the newly perfected valve apparatus was incorporated into all brass instruments. The name “tuba” refers to the tubes that make up the instrument, and it was originally called the bass tuba to distinguish its low sound from other members of the brass family.

The sousaphone, as its name implies, was commissioned by famous American march composer John Phillips Sousa. In 1893, he got J.W. Pepper to build a low brass instrument with a horn that would project its sound up and over the rest of the band into the crowd.

He started incorporating it into his music as an orchestral instrument after working with the U.S. Marine Corps band and was unsatisfied with how the current offerings’ bells sent their sounds to dissolve overhead.

The sousaphone’s bell bore, and throat (the part of the bell that attaches to the rest of the instrument) were widened to retain a tuba’s timbre and range. After initial upwards positioning, bells that pointed out instead of up quickly became the standard.

Because their shape made them easier to carry, sousaphones soon replaced tubas in many moving performance situations and are now the standard bass backbones of all marching bands.

The Main Differences Between Tubas vs Sousaphones

The Main Differences Between Tubas and Sousaphones are:

At first glance, tubas tend to look smaller than their sousaphone counterparts. Both instruments are actually constructed using the same length of tubing. Still, sousaphone bodies are shaped into doughnut-type circles with space in the middle so the player can rest the empty circle on their shoulders and upper body.

This is to make them easier to carry and play while marching. Sousaphones also have a pipe sticking straight up from the bottom curve for players to put their mouthpiece so that it’s naturally right in front of their lips without them having to angle their heads and a set of valves in the same ergonomic area for maximum playing efficiency.

Tubas are a more compacted shape of those same piping lengths. The main body is folded in on itself to form a large flattened oval made to rest in a player’s lap. When seated, the player reaches around to the front to reach the valves and turns their head slightly to reach the mouthpiece on the side.

Both instruments are shaped to optimize ease of use in their respective most popular uses, but there are also neck straps that allow musicians to play their tubas. At the same time, marching and sousaphones are sometimes brought onto the orchestra stage as an aesthetic choice, especially when marching music is played indoors.

Tubas and sousaphones are both typically made from brass. However, like all instruments in the brass family, some variations are used for tone preference or practicality.

The most common example of this is sousaphones made out of fiberglass; this makes them lighter, thus taking more stress off the musicians who march with them. Full brass sousaphones weigh from 30 — 35 pounds, while fiberglass ones weigh about half (15 — 18 pounds).

Tubas, on the other hand, are exclusively made of metal. Brass is the most widely used because it’s easy to shape and resistant to corrosion. Since brass is an alloy of copper and zinc, the proportions of each can be changed to create different timbres.

For example, a tuba made with more zinc will sound brighter than a tuba made with less. You can also find silver-plated tubas, which give the musician more control over the instrument’s nuanced than the more common lacquer finishing.

The bell of brass instruments is defined as the cone-shaped opening at the end of the instrument’s body. On tubas, this part points directly upward. When a musician plays the tuba, its bell position propels the sound upward. This means that tubas sound best when played indoors, or at least under a ceiling or other overhead barrier that angles it back down to blend with the rest of the instruments while still retaining their distinct part.

Sousaphone bells, on the other hand, open at a right angle over a player’s shoulder so that their sound is sent directly in front of the instrument. This is made for outdoor concerts and marches to project the sound forward, so it does get lost above the rest of the band or the audience.

Valves are the buttons on brass instruments that open and close air passageways through the instrument’s tubing to create different pitches.

On instruments in the tuba family, each valve lowers the played note by about one-half a pitch from each other. Standard concert tubas usually have four valves, although they come with anywhere between three and six. The first four lower the pitches and, any beyond that, let players use alternative fingerings that may be easier for them.

Standard tubas and sousaphones are both built as double B flat instruments and both tuned to concert pitch, which means its note frequencies match the band’s standardized tuning pitch without the need to transpose to sound like it.

But tubas come in a variety of keys that sousaphones do not. C, E flat, and F tubas are all popular choices for orchestral sounds; while sousaphones started as E flat standard instruments, those are now rare.

As we’ve mentioned, tubas are mostly used for concert settings, while sousaphones are generally used in marching bands. However, they are similar enough that if you can play one, you can switch to the other with relative ease. Many school band programs take advantage of having their musicians play depending on what type of performance they’re working on.

Question: Are tubas and sousaphones the same instrument?

Answer: Although they purposefully share many characteristics, tubas and sousaphones are technically separate instruments.
The sousaphone was developed as a direct evolution of the tuba, and musicians who can play one can also play the other without making any adjustments to their technique or music. However, they do have distinct origin stories and are generally used for different purposes.

Question: Do tubas and sousaphones use the same sheet music?

Answer: Yes. Tubas usually have at least one extra valve, which means they have slightly more range, and they come in several more keys than sousaphone varieties offer, but both use the key of double B flat as their standard model.
They are also both non-transposing instruments, which means that you don’t have to change your tuba music to another key for the sousaphone or vice versa. Sousaphones were invented to substitute for tubas with a few tweaks for simplicity, and though sousaphones have taken on a vibrant life of their own, you can use the same sheet music with either.

Question: Should I get both a tuba and a sousaphone?

Answer: It’s unnecessary to have both a tuba and a sousaphone for solo playing or practice. If you are in an ensemble that switches from tuba to sousaphone, such as a school marching band that goes into an orchestral season during the winter, they will provide the sousaphone for you, especially if you are still in the learning stage. It’s much more practical (and financially feasible) to keep your own tuba at home to practice since you will be using the same music for both.
However, if you’re in a band or orchestra that will have you exclusively playing the sousaphone, there are enough small differences to get the sousaphone instead.
You will rarely if ever, need to provide both instruments on your own if you are performing in a group. Just make sure you have your own mouthpieces to bring with you between your practice instrument and the one provided for the band.

Question: Will I have to learn how to use a different mouthpiece between tuba and sousaphone?

Answer: No. Both the tuba and the sousaphone have a large, round brass mouthpiece shaped like a small but deep bowl. They are both played in the standard brass instrument way of pursing your lips and buzzing into them, tightening and loosening your mouth to make higher and lower notes.

Question: What are the different uses of tubas vs. sousaphones?

Answer: Typically, orchestras use tubas for their bass lines, while marching bands use sousaphones. From a purely practical standpoint, sousaphones are made to make sure the bass brass music does not get lost or dissipate into a moving environment. However, sousaphones are also used in orchestral music to get specific music effects, especially when playing Sousa music on stage, and tubas can be incorporated into the marching band, so there is no true hard line between them. Both the tuba and the sousaphone are versatile yet distinct instruments that add major personality to performances.

Out of the two instruments, we recommend you buy a B flat tuba for your own practice purposes. It’s easier to store than a sousaphone, cheaper, and more conducive to stationary solo playing. If you want or need to switch to a sousaphone, you won’t have to learn different playing techniques, either.

Our favorite is a Jupiter 378 Series 3-Valve 3/4 BBb Tuba 378S Silver. It’s a little pricey, but it’s lightweight, made of silver, and has three valves, which translate exactly to a sousaphone’s. Jupiter is a top brass instrument brand, and they make this model to help beginners get familiar with the tuba without sacrificing tone.

Find it on Amazon for $4,069.00. Whether you choose to play the tuba or sousaphone, you’ll be contributing to the rich history of these lower brass siblings!