If you are exploring the brass family and are unsure where to start, but you know you want something big, it’s time to look at the euphonium vs. tuba compared. The tuba is a large brass instrument that can be played in a marching band, standing, or sitting. However, because I’m so small, the tuba is basically me-size, so it’s something played while sitting. The euphonium is much more physically manageable because it is slightly smaller, although still a large instrument that makes its appearance known.

The first time I ever saw a euphonium was when I directed a Christmas program, and one of my friends was part of a brass quintet. Apparently, he normally played the trumpet, but they already had someone playing the trumpet. When it came time for our dress rehearsal, he showed up with a brass instrument I had never seen. When I asked him about it, he said it was the euphonium.

I admitted that I didn’t know what it was, and he laughed and said he didn’t either, at least not until a few weeks ago when another member of that same brass quintet handed it to him and told him it was basically the same thing so it shouldn’t take him long to switch instruments. 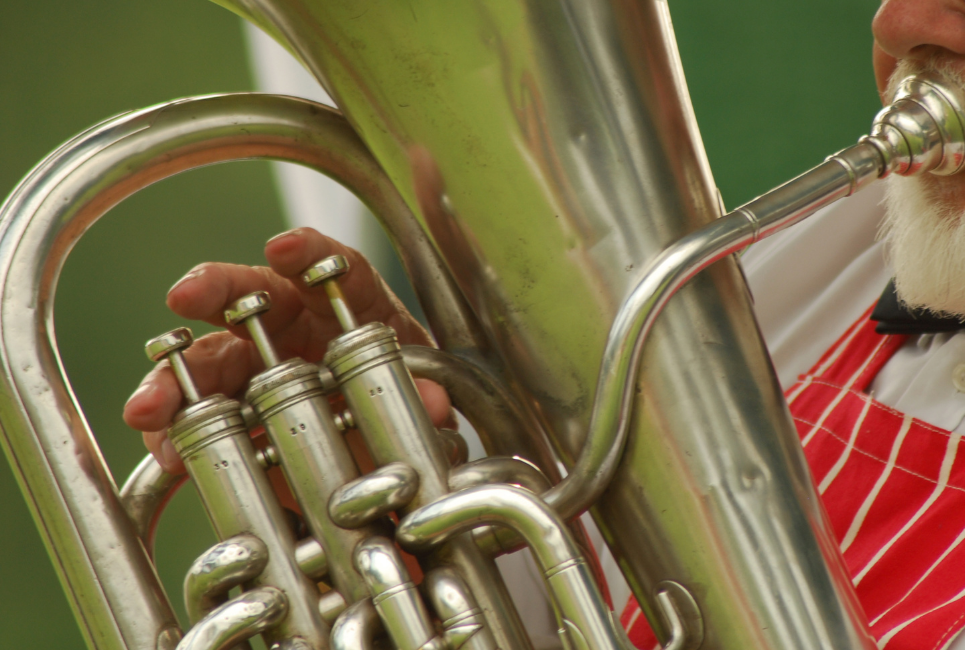 To understand their similarities and differences, you need a quick breakdown of terminology:

Firstly, all instruments in the brass family are made of that: brass. They are wind instruments, meaning you blow air through them to make music. These are subdivided into two groups:

The biggest delineator between brass instruments is their length. The length of the tubing and its size determines the pitch. This is what divides the euphonium and the tuba into the category of low brass instruments. 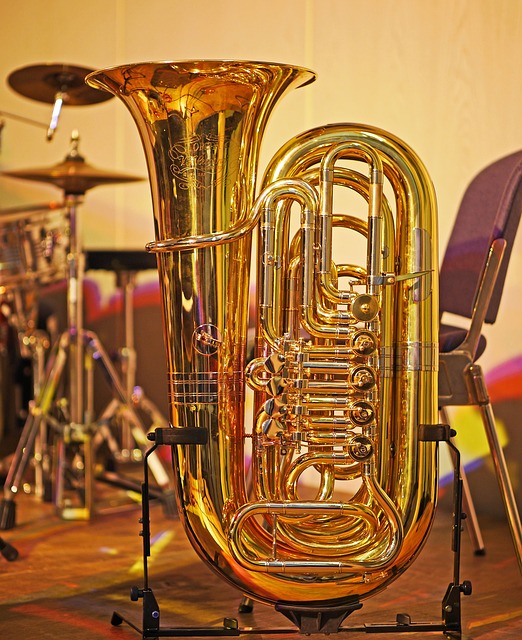 The size of the tubing is equally important. The size is called the bore. The bore refers to the inner diameter size. It’s measured out to 3 decimal places. Because it’s so small, the bore size is not necessarily something a beginner will even notice. Only advanced players notice the difference produced by thousandths of an inch.

The bell is the biggest part of both instruments. Because it is a larger instrument, the bell will be larger than that found on the euphonium. With the tuba, the bell can point upward or toward the front. Similarly, the euphonium bell generally faces upward like a tuba. However, they make marching euphoniums that are designed to face toward the front so that your sound can be projected toward the audience as you march in place.

Starting at one end of the tubing, you have the mouthpiece. Brass mouthpieces are made from brass, and they have a cup shape to them with a rim on which your lips rest and a throat that funnels the air you produce into the tubing of the instrument. The shape of this funnel can influence the sound you make. 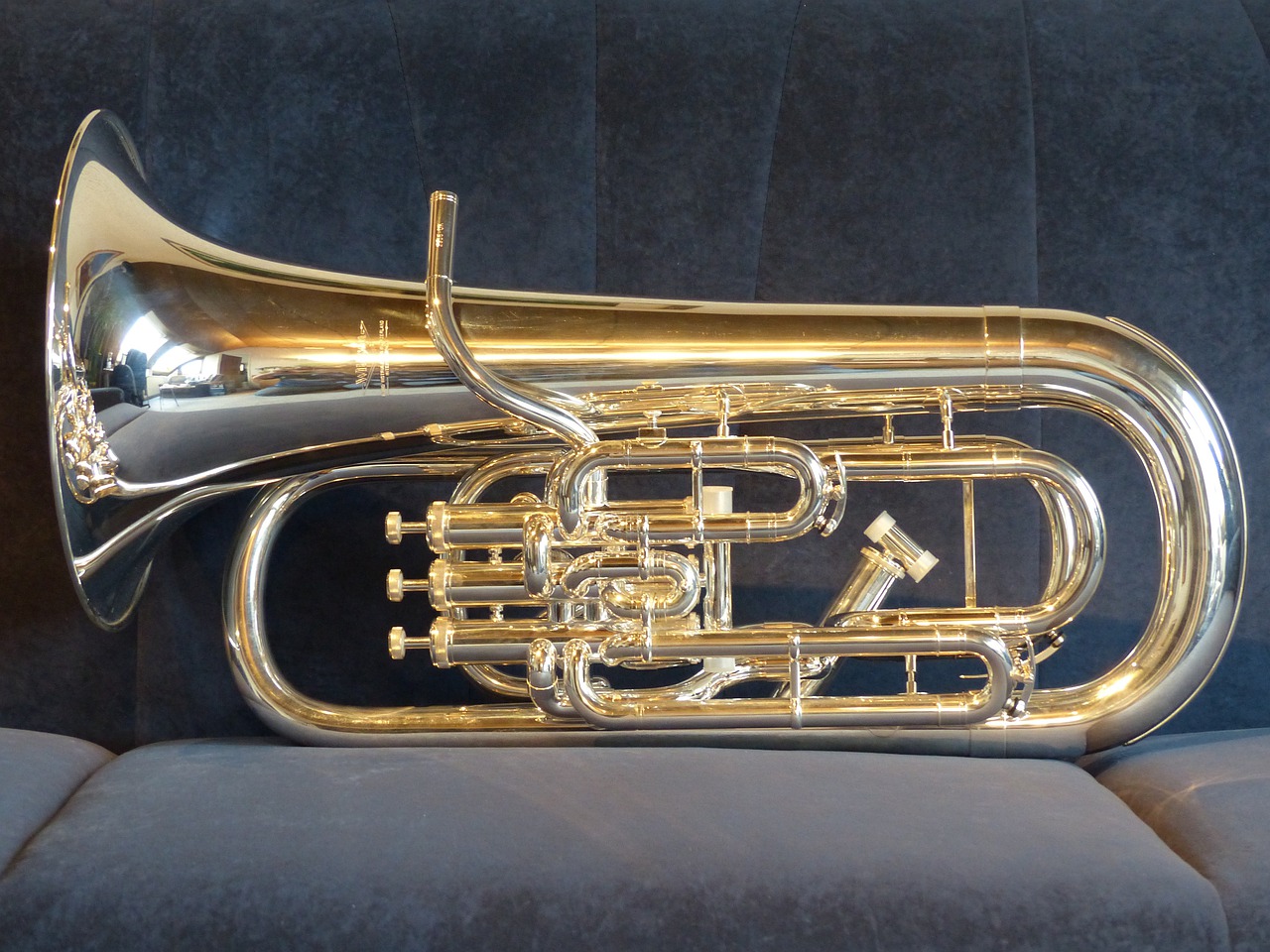 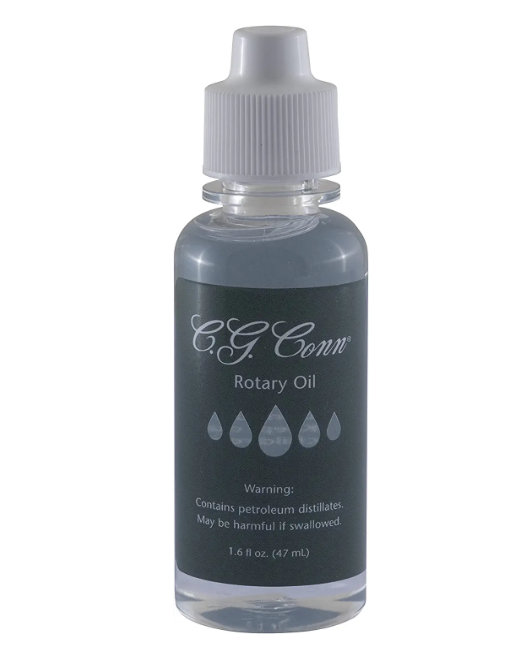 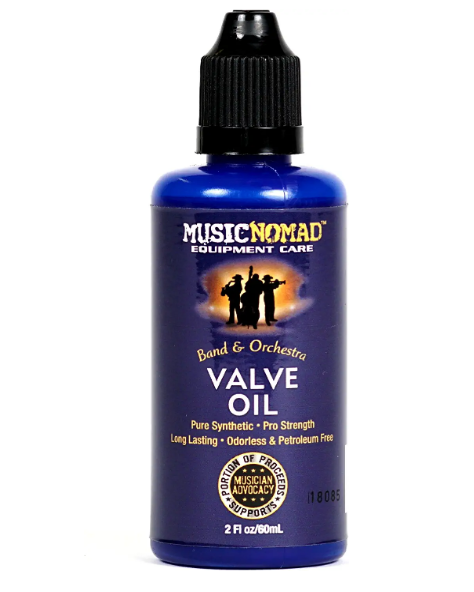 In addition to adding oil to the valves, the euphonium and the tuba need the same maintenance. Both instruments have components that slide in and out, and to keep them from getting stuck, you have to apply slide grease. You also need to clean your mouthpiece and be able to clean inside some of the tubing where your spit might go. You can get general brass cleaning kits perfect for both tubas and euphoniums. 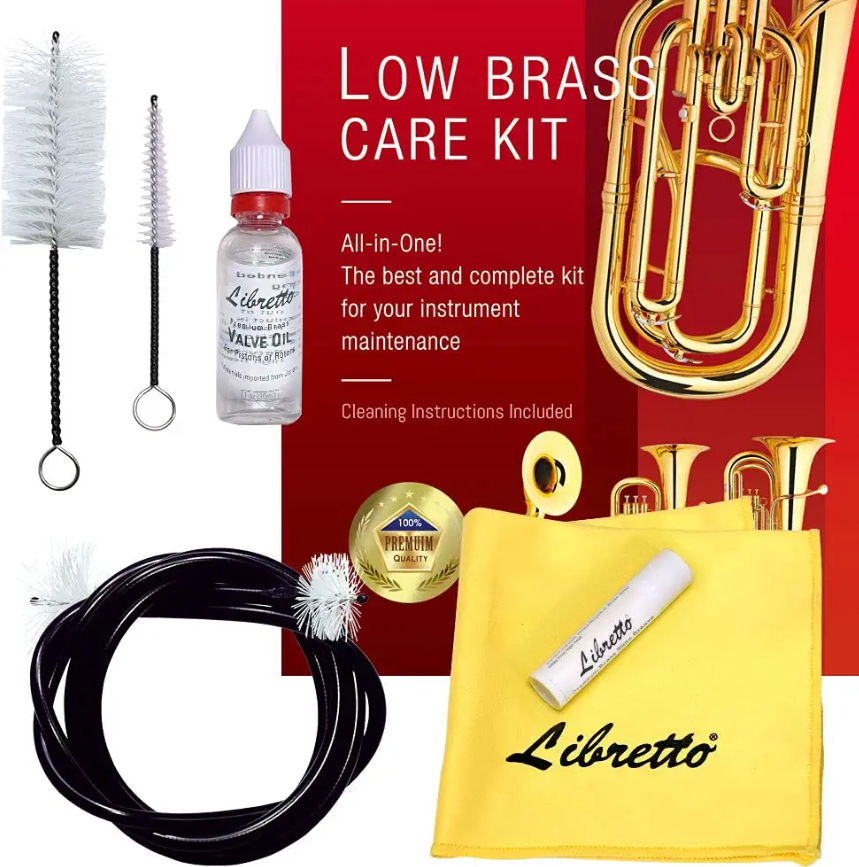 Tubas and euphoniums were developed within the same decade. They both come from Europe and serve similar purposes: to be used in a larger marching band.

In general, the tuba is a much larger instrument than a euphonium, but both families have three different sizes from which to choose.

Both the tuba and euphonium are part of the low brass category of instruments, so they both play lower octaves and produce deeper sounds. They tend to focus on tenor and bass parts rather than soprano and alto parts, as would be the case in a high brass category.

In this video, you can hear the euphonium show off a beautiful solo to the song Hallelujah:

In this video, you get a fun demonstration of why it’s important to buzz your lips when playing a brass instrument and what the tuba sounds like:

If you are investing in a euphonium, there are many models from which to choose, but I recommend Besson. They have been around since 1837 and became a leader among euphoniums after World War Two. If you don’t want to go with the price tag of Besson, Jupiter is a great second-place contender. 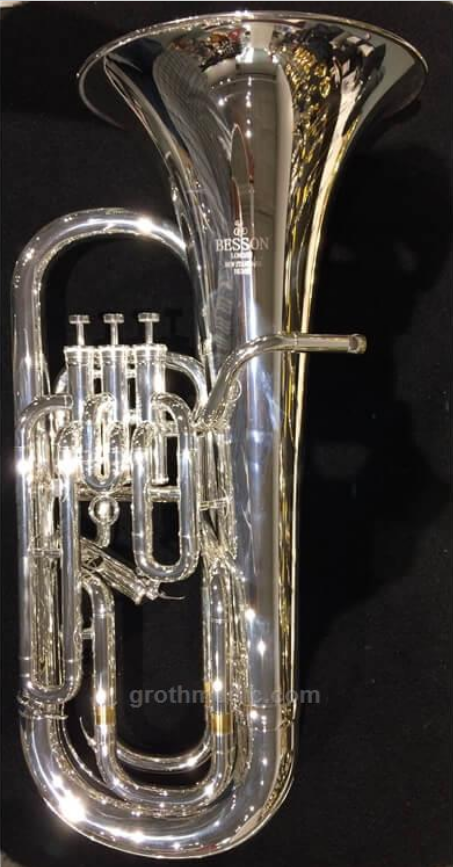 These models are all three valves. I like all four because they all have the same bore size and come with the same accessories. Where they differ are the size of the bell and the finish. You can choose an eleven or twelve-inch yellow brass bell. You can also choose a clear lacquer or silver finish on the BE162 models. 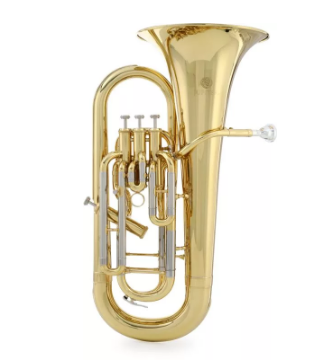 I also like Jupiter. Their intermediate-level euphonium has four valves and an eleven-inch bell. The bore is the same as the Besson models. You can find clear or silver finishes too. This version comes with the piston compensating system, so it’s very fast and easy to play. 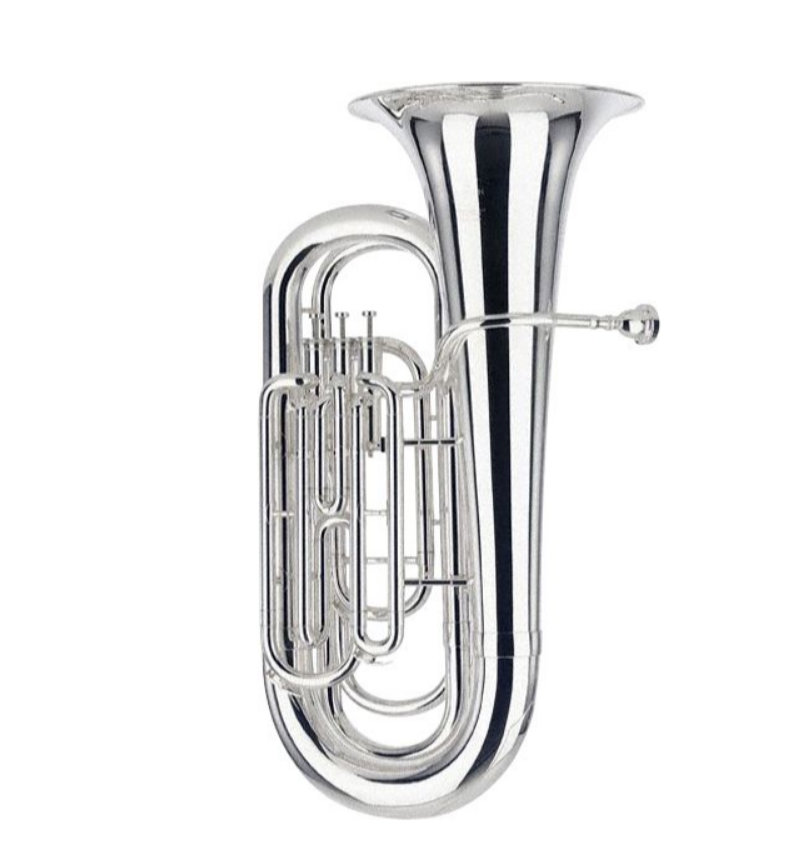 Besson has the 1087 Performance Series Tuba. This is a highly recommended model for beginners because it is slightly smaller and lighter. It comes with four stainless steel valves. It has a student-grade price tag at only a bit over $3,000 compared to the more advanced tuba models from Besson that can exceed $10,000. 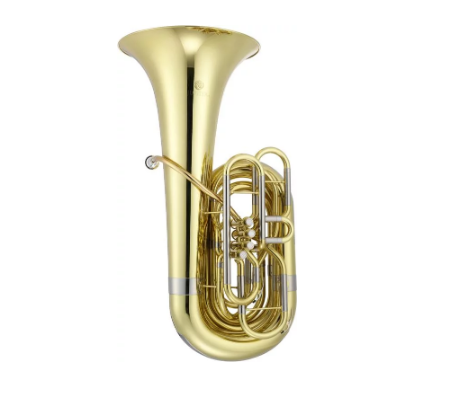 If these don’t work for you, there are cheaper models like Mendini and Yamaha. Because of their price, Mendini by Cecilio euphoniums is found on almost every “top” list. I understand. Where companies like Besson and Jupiter charge thousands of dollars for a good tuba or euphonium, Mendini charges only five hundred or so. 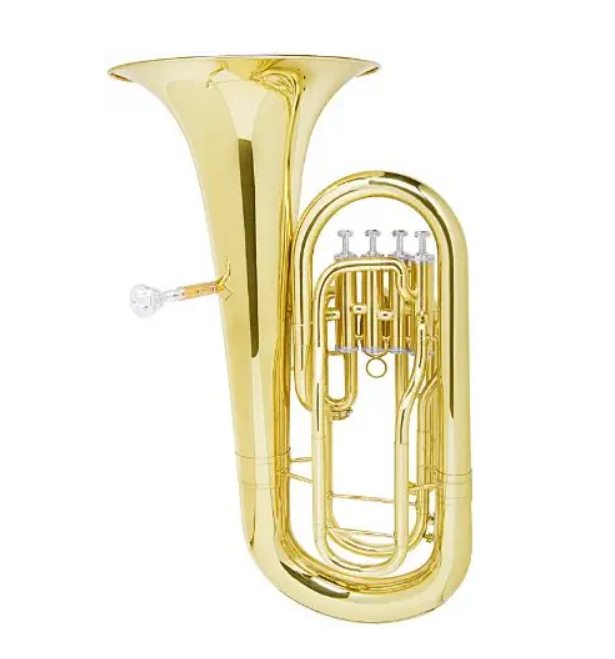 Yamaha is often included in their tubas for similar reasons. Yamaha is a great step up from Mendini and is more of a student/intermediate hybrid. 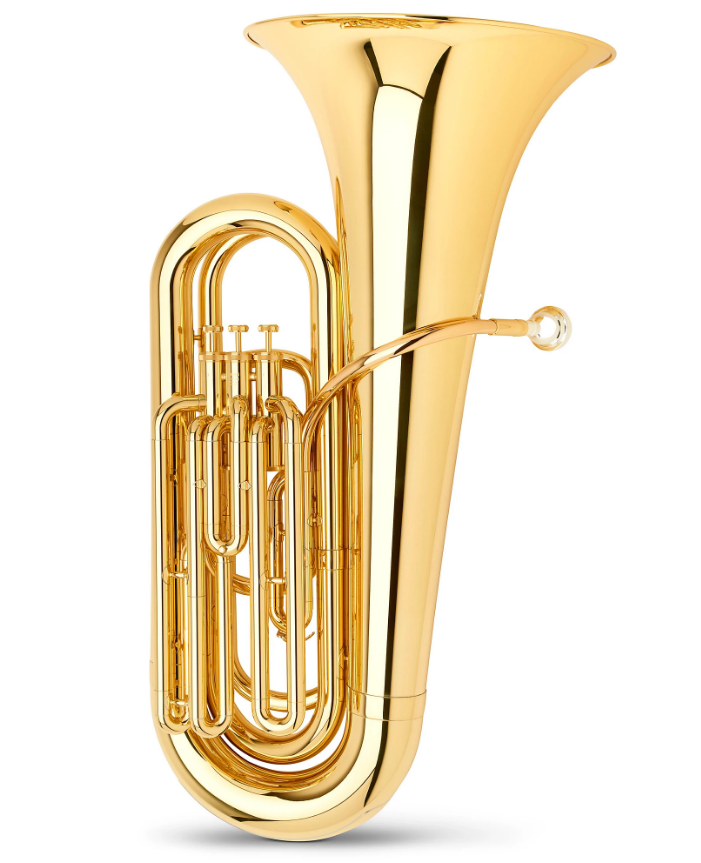 The problem is, you get what you pay for, as the adage goes. So, if you are worried about quality and have the money to spend, invest it in a high-quality brass instrument that won’t break down over the course of your lifetime. If you don’t have the money, then, by all means, buy something at a beginner level from a company like Mendini. I think this is a great option for parents of young kids who may or may not stick with the instrument they choose.

Question: How easy is it to learn euphonium?

Answer: The euphonium has a higher range and is smaller than the tuba. So, for children and beginners, the size alone can make it a more manageable instrument to wield. Being able to hold the instrument properly is important, and the smaller euphonium is easier to grip.

Question: Where can I learn tuba or euphonium?

Answer: Either instrument can be mastered with diligent practice. It is recommended that you have some form of lessons, either group lessons like in a music school or individual lessons. This is important at the beginning because it helps you develop your embouchure, or mouth position and blowing capacity. After that, you can start to apply the basic techniques of holding the instrument, playing the valves, and breathing to new sheet music or online lessons.

Answer: A tuba player can easily switch to the euphonium. It is quite common today for brass musicians to learn more than one brass instrument, especially because crossover is so easy.
Take the example I opened with: that guy had never even heard of the euphonium, but he borrowed someone’s instrument, took it home for three weeks, and learned all of his complicated parts to 20 minutes of Christmas music.

Answer: The tuba takes more air. The tubing on the euphonium is only half the length of the tuba, so it takes half the air, comparatively.

Question: Are tuba and euphonium in the same key?

Answer: Both the tuba and euphonium are marketed as being in B flat. When you look at any of the available models, they all come in Bb. However, when you look at the sheet music for tuba or euphonium, it is usually written in C. Incidentally, these are the only two brass instruments to which this applies; in all other cases, the sheet music is written in the same key as the instrument.

Question: Why is the tuba hard to play?

Answer: The tuba is considered a difficult brass instrument to learn because of its size. Again, it has some of the longest tubing, which means you have to press even more air through all that tubing before it comes out the bell. It is not only physically harder to hold but demands so much more airflow.
This does not mean you can’t learn or it isn’t worth trying. It simply means you will need a lot of solid core and cardio work in your free time in order to get the airflow out of the instrument that you need. 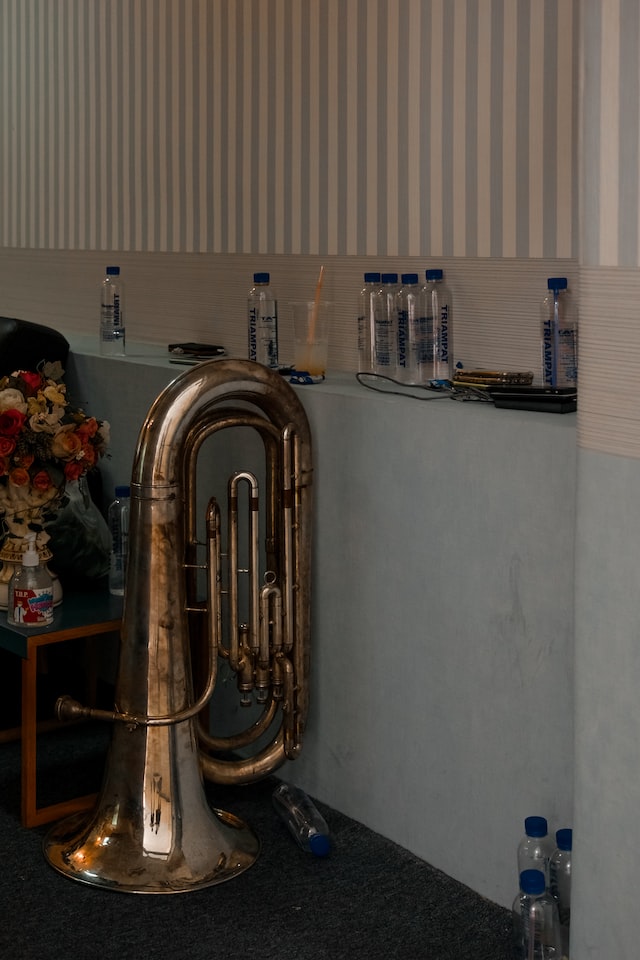 Both the tuba and euphoniums are used in brass bands, and both are categorized as part of the tuba family. But, the tuba is nearly twice as long, with a bigger mouthpiece, and plays one octave lower. The euphonium is easier to manage because it is smaller and costs less (for the same reason). If you learn to play the tuba, you can easily switch to the euphonium.